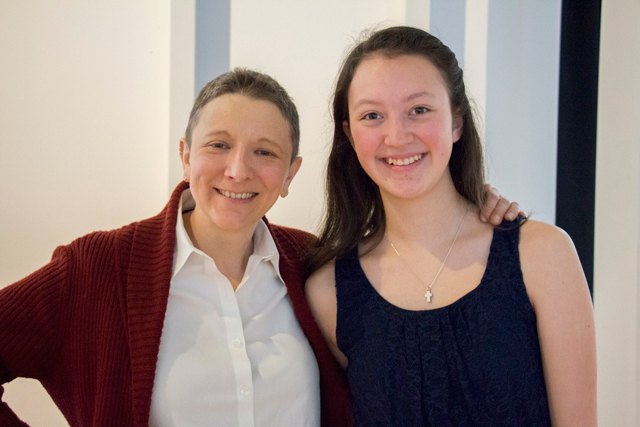 Thanks to a very generous gift from the Granader Family, Sweetland’s prizes for outstanding writing in First-Year and Upper-Level Writing Requirement courses receive a significant monetary award along with having their work published in a series that collects the prize-winning writing in two volumes, Excellence in First-Year Writing and Excellence in Upper-Level Writing. Writing Prize winners were recognized at a ceremony in April 2015.

Anna Silver “The Force of Violence; The Power of Forgiveness” nominated by Carrie Wood, Great Books 191

Xiaoman Gan “Socializing is Not an Easy Thing” nominated by Scott Beal, Writing 120

Katherine Dougan “Effect of variable reproductive output and connectivity on populations of a host fish and its bacterial symbiont, with implications for future climate change” nominated by Ingrid Hendy, Earth 333: The Inexhaustible Seas? Marine Resources and Environmental Issues

Teresa Mathew “Pulling Off Desire” nominated by John Rubadeau, English 425: The Art of the Essay