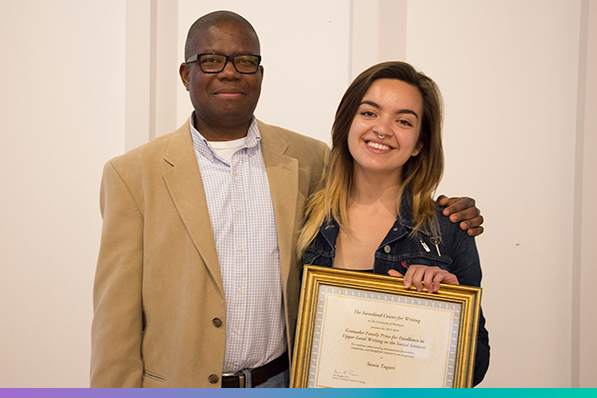 Thanks to a very generous gift from the Granader Family, Sweetland’s prizes for outstanding writing in First-Year and Upper-Level Writing Requirement courses receive a significant monetary award along with having their work published in a series that collects the prize-winning writing in two volumes, Excellence in First-Year Writing and Excellence in Upper-Level Writing. Writing Prize winners were recognized at a ceremony in April 2016.

Caroline Rothrock “Walking into Eternity along Sandymount Strand: Regarding the Importance of Walking in the Works of James Joyce” nominated by Karein Goertz, RC 100

Hyunju Lee “What Can You Do on Your Own?” nominated by Scott Beal, Writing 120 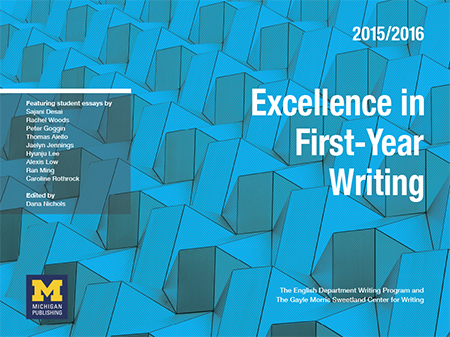 Sonia Tagari “Drought in California as a Continuation of High Modernism,Utilitarianism and Social Inequality” nominated by Omolade Adunbi, AAS322/Environ 335 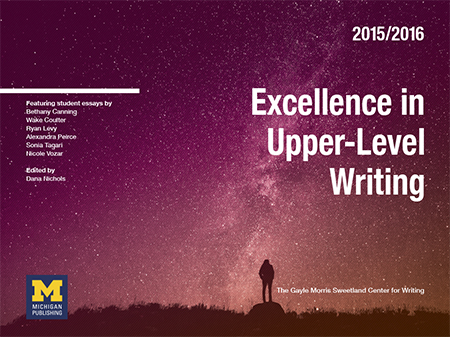