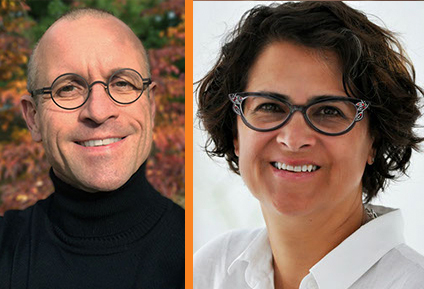 Arthur F. Thurnau professorships are presented annually to outstanding faculty with a demonstrated commitment to undergraduate teaching at the University of Michigan. These professors inspire us with their belief that nurturing students’ ability to write can help them make a difference in their academic disciplines and in their communities. We invite you to read more about what these professors said about integrating writing into their instructional practice. 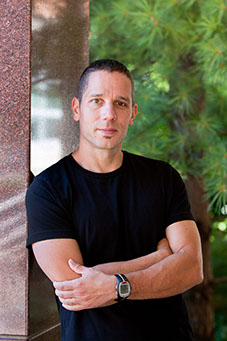 Mika LaVaque-Manty
THURNAU PROFESSOR OF POLITICAL SCIENCE AND PHILOSOPHY
The first thing I say to my students about writing is about its importance in building your career. This is outing myself as a total nerd, but I did this quantitative analysis of the emails I’ve sent over the last ten years. I show them that I have sent 26,000 emails over the last ten years. I tell them that over the last ten years I’ve made perhaps 15 professional telephone calls. So what matters in the modern workplace, ability to write or ability to talk? Then we go from there, thinking about why is it so important to be able to communicate. Then the next step is that well, you are going to be writing emails. And being able to write well matters – writing clearly in accessible fluid, good prose matters. (I just love writing, also.) So the best thing I can give students is writing, and in political theory, there isn’t any more important component than writing. Here’s why: because texts are the object of our inquiry, and our data, and our method. 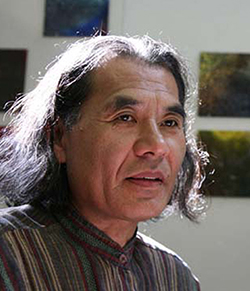 Sadashi Inuzuka
THURNAU PROFESSOR OF ART AND DESIGN
In Art & Design we articulate our thoughts in a visual language. There is a kind of grammar and vocabulary there that people know when they are kids, but many people forget as they grow up. So when we want to communicate with a larger audience, we sometimes use writing as a bridge. That’s one reason we write. Another is to use writing as a tool in the creative process, so that students can find out what they really want to focus on in their art. Writing is valuable because you can ask yourself: “I wrote or made this. Is it true or not?” Writing always triggers something more important. That’s why I ask students to write: to be themselves, to be honest. So both of these ways, the written and visual, interact with each other and give the student confidence about their direction. But again, in Art & Design we recognize the power of visual language. 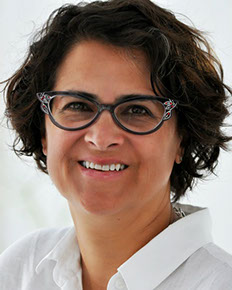 Martha Jones
THURNAU PROFESSOR OF HISTORY AND AFROAMERICAN AND AFRICAN STUDIES
I spent much of my early career doing a lot of public speaking – conference papers and keynote talks. It was something I was more comfortable with. I was a good speaker long before I really confronted the challenge of writing. So it took me some time to come to writing as an equally, if not more important part of my academic toolbox. Now they are much more companions to one another. But there’s no question that in my field, writing is how and where one makes one’s mark. As much time as we spend at podiums giving talks, those are, by and large, ephemeral. There’s nothing more powerful than the article, than the book, than the text. It has a life, and it has a heft. So that’s given me new reasons to want to think about writing with my students – to help them appreciate the power of the written word, even in an era where they imagine everything is ephemeral. 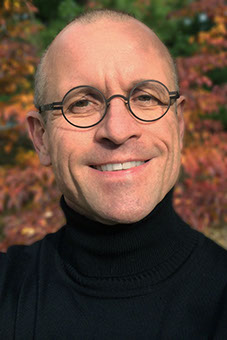 Volker Sick
THURNAU PROFESSOR OF MECHANICAL ENGINEERING
If you look at alumni surveys that we do one, five, and ten years out, the importance of reading and technical writing rises to pretty much the top skill that alumni say they need. I think there’s probably nobody in engineering or the sciences who would not see and value the importance of writing. For example, I think that writing is a very important element of guiding you through the whole scientific process. If you cannot communicate what you plan to do or what you did, it’s as good as if it wasn’t done. I think it’s important for students to see and learn that writing is not optional; it’s an integrated and vital part of their engineering work.