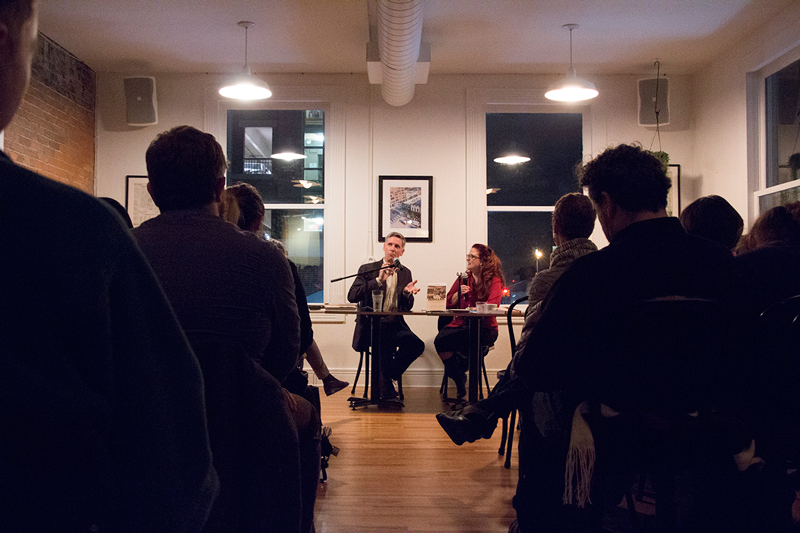 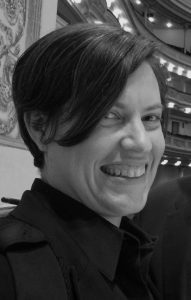 Sweetland’s Writer to Writer series engages U-M faculty members in conversations about their writing practices as well as their expectations of student writers. During the past year the series hosted Phil Deloria (Fall 2016) and Clare Croft (Winter 2017) as its seventh and eighth guests. Deloria, who holds appointments in the Departments of History and American Culture as well as Programs in the Environment and Native American Studies, spoke with host Shelley Manis about how his Native American heritage inflects his scholarly and popular work. He also read aloud from his work-in-progress, Toward an American Indian Abstract, which he describes as “an extended piece of art criticism.”  Croft, an Assistant Professor in the School of Music Theatre and Dance, spoke with Manis about her two recently released book projects: Dancers as Diplomats: American Choreography in Cultural Exchange, and Queer Dance: Meanings and Makings. Croft read from Dancers as Diplomats and spoke eloquently about her writerly responsibilities and choices in crafting dance history based in part on interviews with dancers who participated in the State Department’s artistic diplomacy during the cold war. Both Deloria and Croft provided lively insight into the trials and tribulations of finding and starting new projects, powering through writer’s block, and teaching young writers how to hone their craft.

On November 21st at 7pm we welcomed Dr. Howard Markel to discuss his newly released The Kelloggs: The Battling Brothers of Battle Creek.  Students attend these sessions in order to learn more about the ways their professors write. The interviews are broadcast live and recorded by WCBN at Literati Bookstore,  and those present in the audience are able to ask questions near the end of the hour. You can find podcasts of these interviews on the Sweetland website.