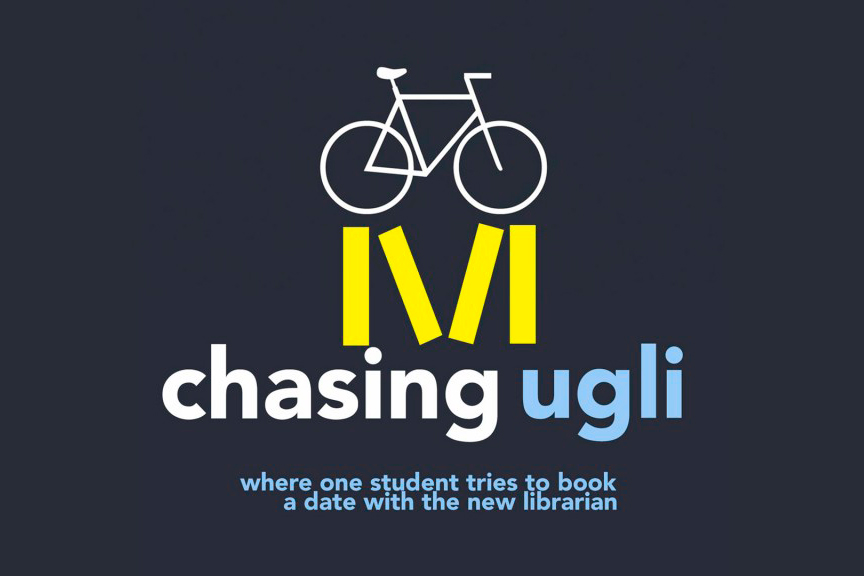 In celebration of the National Day on Writing, on October 22nd Sweetland issued its 2nd annual “Iron Writing Challenge” to the U-M community, inviting students to compete for prizes in four writing challenges issued on Facebook throughout the day. 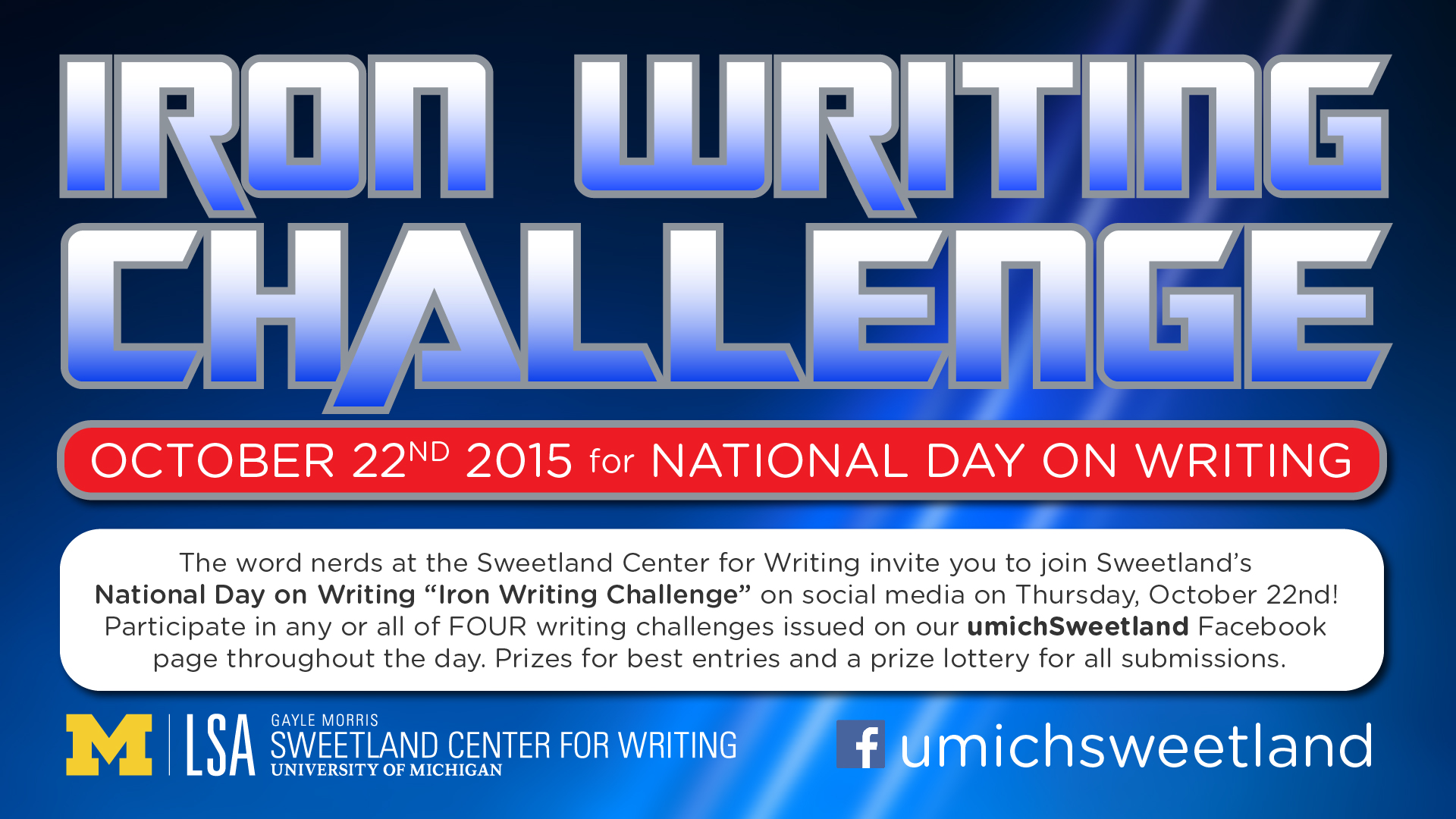 One challenge, “You Be the Professor,” asked students to craft their ideal essay prompts. Entries ranged from creative (“Pick an item or a person inside a prison, and write a fictional story about how it/they got to the prison”) to kooky (“Which came first, the chicken or the egg? Support your argument, but refrain from scientific reasoning”).

For the “Michigan Movie Title & Tagline” challenge, students chose from a list of movie genres and wrote their own titles and taglines for Michigan—“if Michigan was a movie.” Here, the entries were unabashedly punny: “The Maize Runner” promised a dramatic film in which “one man dares to make his way to the Big House with 50,000 other students.” Along similar lines, the “Change a Word, Ruin a Book Title” challenge yielded new twists on old classics like Hemingway’s “The Old Man and the Ham Sandwich” and Golding’s “Swallower of the Flies.”

But perhaps the most brilliant gems came from the “Haiku Thesis” challenge, which asked students to “reimagine the thesis for a paper you’re working on or have already written as a haiku.” Professors would surely swoon for theses like “Stuttgart hides its fate / Haupbahnhof kills city space / civvies ruminate,” or “Leonardo read / Alberti. Disagreed and / wrote his “On Painting,” or “so what is good hair? / my mother’s reservations / new growth behind ears.” 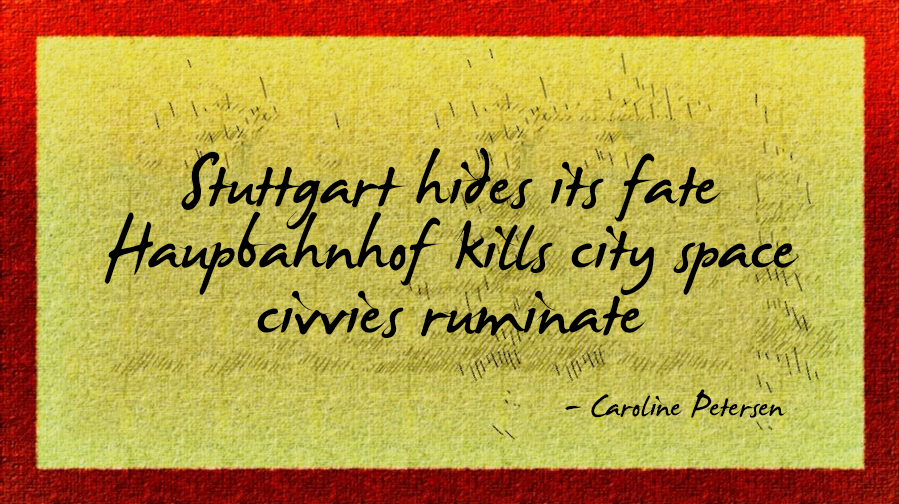 Every contributing student was entered into a lottery to win a $20 Literati gift card; challenge winners, determined by number of “likes,” received a $45 Literati gift card. Congratulations to Caroline Petersen, McKenzie Campbell, Brie Winnega, Tiffany Huynh, and Shannon Vail, and all the clever, kooky, creative and punny writers who participated in NDOW!