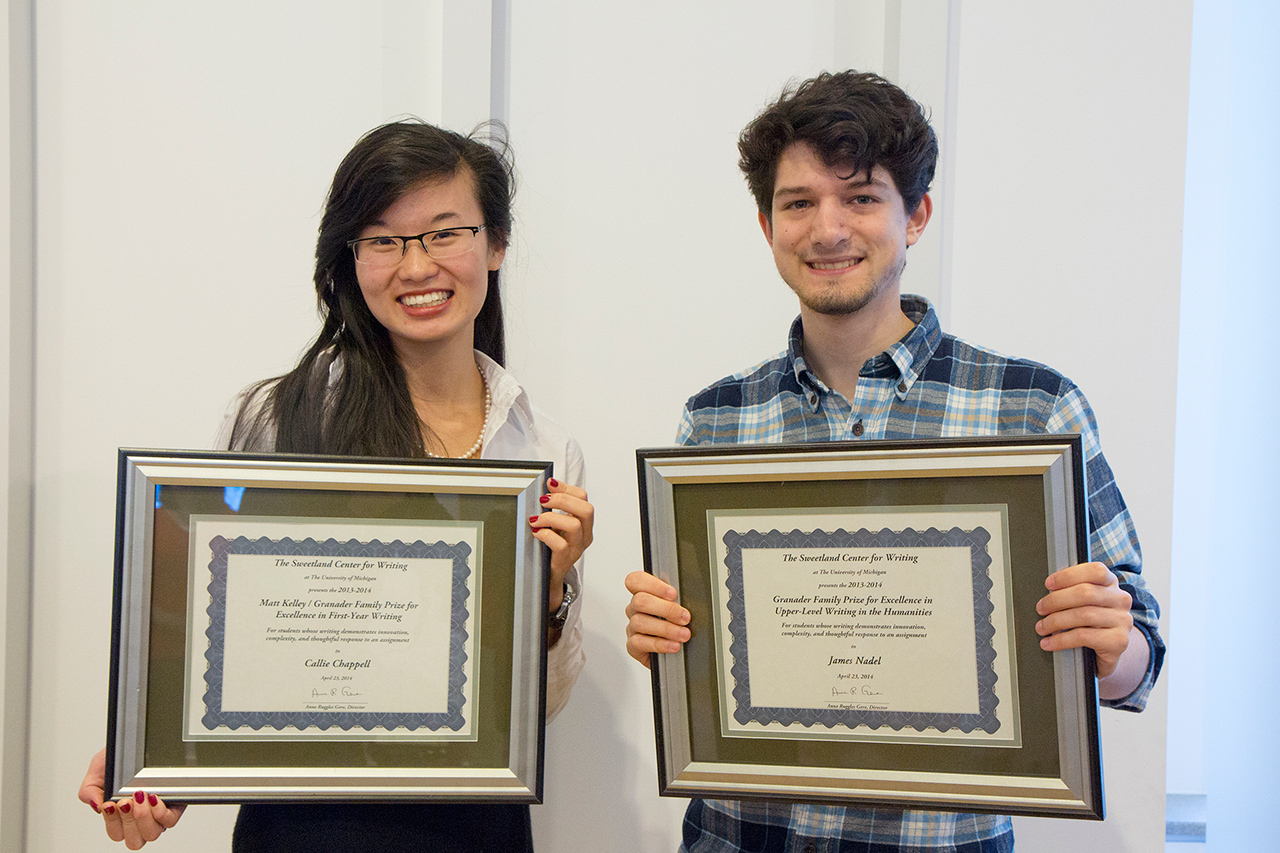 Thanks to a very generous gift from the Granader Family, Sweetland’s prizes for outstanding writing in First-Year and Upper-Level Writing Requirement courses now carry a significant monetary award. The first group of students to receive this new level of award were recognized at a ceremony in April 2014.

In addition to receiving the award, each of the winners is published in a series that collects the prize-winning writing in two volumes, Excellence in First-Year Writing and Excellence in Upper-Level Writing. Hard copy versions of these collections are also available on Amazon.com (First-Year and Upper-Level). PDF versions of both of these collections of outstanding student work are available below.

James Nadel
Camel Songs: A Comparison of the Tuareg and the Bedouin
History 496, Nomads: Nomadic Factor in History (nom. by Ellen Poteet)