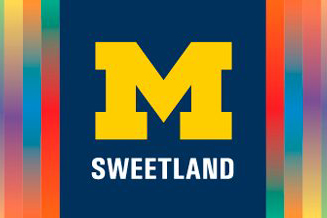 The Sweetland Center for Writing’s Diversity, Equity, and Inclusion Statement grew out of our department’s shared commitment to supporting students and opposing bigoted rhetoric on campus. In the days following the November 2016 election, many of our students reported feeling increasingly distressed and unsafe. The rise in incidents of overt racism, xenophobia, and misogyny both locally and nationally demanded an unequivocal response. While many of us participated in protests and vigils to show solidarity with threatened students, we also believed we should put forth a forceful statement of principles to denounce discriminatory rhetoric while embracing critical thinking and compassion.

Our faculty and our peer writing consultants collaborated over several weeks to propose ideas, draft language, and discuss revisions. The seriousness with which our faculty regards the power of language led to some spirited debates over fine points in the statement’s phrasing and syntax. The final statement connects our heartfelt advocacy on behalf of students to our core mission as a writing center, and was approved unanimously in late January 2017. The statement now appears on the front page of the Sweetland website and is posted on many of our doors in the Sweetland offices. We hope it serves as a reminder, both to our students and ourselves, of the necessity of opposing expressions of hatred at every turn, and of building alternative paths from carefully reasoned argument and empathy.

The Sweetland Center for Writing exists to support student writing at all levels and in all forms and modes. In our work with all students, we aim to cultivate the habits of mind necessary for full commitment to a functioning democracy: a respect for facts and evidence, the ability to understand and craft reasoned and complex arguments, and the pursuit of honest, compassionate inquiry.

As a writing center, we oppose all expressions of bigotry and hate. Given the degree to which writing, identity, and language are intertwined, we reject rhetoric that denigrates others based on any identity category, such as race, religion, gender expression, sexual orientation, immigration status, national origin, language, ethnicity, sex, ability status, socioeconomic status, age, body type, or political party. Therefore, we commit to critiquing and counteracting both individual and structural oppression in order to create a safer, more just university for all students.