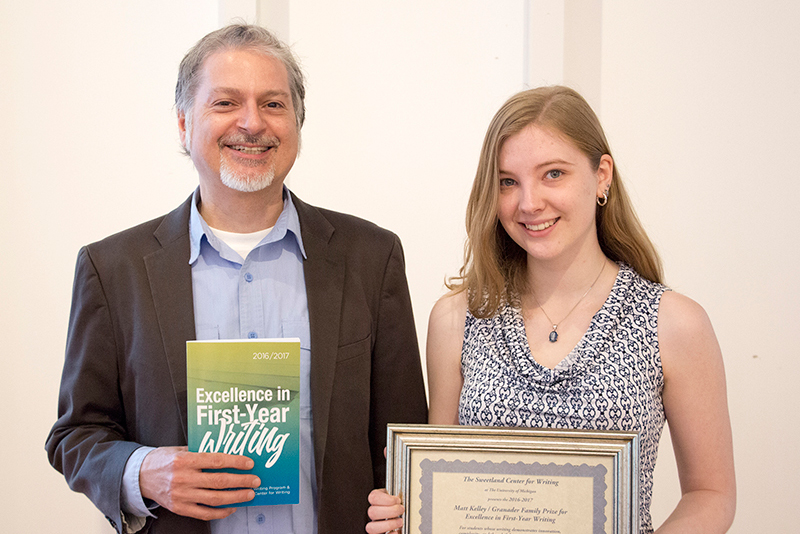 Sweetland’s prizes for outstanding writing in First-Year and Upper-Level Writing Requirement courses receive a significant monetary award along with having their work published in a series that collects the prize-winning writing in two volumes, Excellence in First-Year Writing and Excellence in Upper-Level Writing. Writing Prize winners were recognized at a ceremony in April 2017.

Meredith Fox “Would You Know It If You Saw It?: Gender Differences in College Students’ Ability to Identify Sexual Assault” nominated by Kimberly Hess, Sociology 310